Continuing our ‘5 minutes with…’ series we spoke to one of our Tax Managers, Jane Jackson 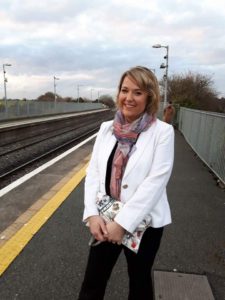 Jane Jackson is Tax Manager at UHY Farrelly Dawe White. Originally from England, Jane is an AITI Chartered Tax Adviser (CTA) and has an LLB in European Law and French. She moved to Ireland in 2004 and now lives in Mornington, Co Meath with her husband Roy; their four-year-old daughter, Susanna; their rescue dog, a Cairn Terrier cross called ‘Fitz’ and four hens. In her spare time Jane does yoga and is a regular gym-goer.

Tell us about your career path to date.
I grew up in Rochdale, Greater Manchester and went to Bury Grammar School for Girls in a nearby town. Victoria Wood, the late English comedian and actress went to the same school. I completed an LLB in European Law and French at the University of Lancaster and also spent a year at the University in Nancy studying French Law. I worked at Deloittes for three years as a Trainee Tax Consultant. I saw the advertisement for the job in a graduate magazine and I never thought I’d get it. In fact, I only went to the interview because they promised to reimburse my train ticket!

Are you where you expected to be in your career?
More or less, yes. My father was in the legal profession and I originally planned to become a solicitor but I wanted to start earning so I decided not to go to law school. When I graduated from University, I took up a temporary position in Health & Safety at Railtrack in 1997 and worked there for a year. Then I got a job as a Trainee Tax Consultant with Deloittes in Crawley, West Sussex. There is a lot of law in tax consultancy so my law degree has given me an excellent grounding for my career and my current role as a tax manager.

Why did you decide to move to Ireland?
My husband, Roy, is half Irish and he started working in Ireland in 2004. Tax in the UK is very similar to tax in Ireland so I could transfer my skills over here fairly easily and so it made sense for us to move at the time. I’ve always been an animal lover and so is Roy. We’re very interested in animal welfare. When we moved to Ireland we immediately got involved in animal welfare charities. After I had my daughter, Susie, in 2013, my charity work had to take a little bit of a back seat but I still do a lot of administrative volunteer work for Westie Rescue.

What’s the best career advice you received?
Work as hard as you can without killing yourself and be true to yourself at all times. Don’t get stonewalled.

Based on your own experience, what are your top career tips?
Embrace change, always work for a company that will help you develop new skills and provide opportunities to put them into practice.

How would you define your work style, and how has this evolved over the years?
Diligent, logical, analytical and empathetic and I’m getting better at it as I go along.

In terms of managing teams and individuals, what are your insights?
True teamwork used properly can be so beneficial, effective and uplifting.

What about communication and negotiating the typical ups and downs of working life?
Poor communication is counterproductive. So much time is wasted trying to find information that should be much more freely given. The information often exists in the company, but it’s so hard to find it sometimes.

Has networking played an important part in your career?
Now and again. It can be a great tool.

What do you like most about your career?
I enjoy interacting with clients and meeting people. Every day is different. I also like the challenges I encounter. I like problem-solving. Give me a problem and I’ll try to solve it.

If you had to choose another career tomorrow, what would it be and why?
Working with animals or with young children. My own animals and child have been so important and so precious to me – it would be lovely to have that as a career. 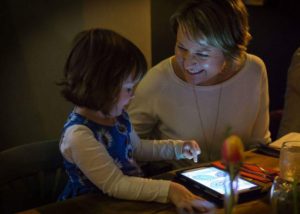