Continuing our ‘5 minutes with…’ series we spoke to Richard Windrum, our Corporate Compliance Manager 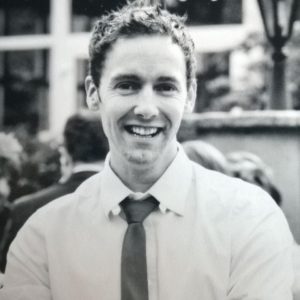 Richard Windrum is the Corporate Compliance Manager for UHY Farrelly Dawe White. He helps clients to comply with both Irish and European Legislation. The changes in Irish company law legislation are the biggest for the past 60 years and involve an increased risk of prosecution for non-compliant companies. Richard lives in Castleblayney, Co Monaghan and in his spare time, he enjoys socialising with friends, music and travelling abroad.

Q. What has your career path been like to date?
A. I’ve worked at UHYFDW for just over two years. Previously, I worked in Dublin for nine years – most recently with one of the Big Four auditors – PricewaterhouseCoopers (PwC). During my time at PwC, I was a consultant in Entity Governance & Compliance. I started my career as a Chartered Secretary with Binder Dijker Otte (BDO) for six years.

Q. What is your educational background?
A. I went to primary school in Castleblayney and attended Monaghan Collegiate during second level. Originally, I planned to be a school teacher but changed my mind. After I completed my A Levels in Armagh, I did a BA in Business Studies & Accounting at the University of Ulster’s Magee Campus in Derry.

Q. Why did you choose business studies over teaching?
A. I started teaching piano when I was 16 and I enjoyed it so I thought I might like to be a school teacher. However, I was also really interested in the law and accounting. My BA in Business Studies & Accounting and MSc in Management and Corporate Governance were the perfect fit for me because they involved both of those areas.

Q. Did your degree include a work placement so that you could acquire practical experience?
A. During my third year at the University of Ulster, I had to take a year out and find work relevant to my degree. I was offered a role at Northern Ireland Electricity. At first, I was mostly doing administration work and operating the switchboard. I was also involved in helping to progress jobs through to the engineers and produce reports for senior management.  They only took in 12 students from the top ten per cent of students across the four University of Ulster campuses and Queens, so I was fortunate to get the role. They kept 3 of us on, outside the 1 year initial term, including myself, and offered to pay for my final year of university if I agreed to work for them after completing the course.

Q. What did you decide to do after you graduated from the University of Ulster?
A. Shortly after I finished my exams I spent six weeks in Australia. Then I went on to do an MSc in Management & Corporate Governance at Jordanstown, the University of Ulster’s main campus. I also secured an Institute of Chartered Secretaries & Administrators qualification as an addition to the Masters. The qualification involved working with both figures and legal, which was ideal.

Q. What was it like job hunting after finishing your Masters?
A. When I finished my studies, I graduated as the top accounting student of the year and was offered a job at KPMG before graduating. However, I decided to turn it down and accept a trainee position at BDO instead. I had to get used to a few new ways of doing things, for example, the legislative differences between the North and South. I stayed at BDO for six and a half years.

Q. What was your next career move?
A. In 2011-12, I started thinking about a career advancement and in 2012, I joined PwC at Spencer Dock in Dublin. As part of that roll, I oversaw trainees and ensured that they had the right skills for the job. I enjoyed the additional exposure in this new roll and spent two and half years at PwC before moving to my current role at UHYFDW.

Q. What responsibilities does your role at UHYFDW involve?
A. I started at UHYFDW in April 2015. I was hired to assist clients comply with corporate legislation, in particular the new Companies Act 2014 and now also the new Companies (Accounting) Act 2017, together with EU legislation. The Companies Act 2014 is the biggest change in company law for the past 60 years. Under the new legislation, there is increased risk of prosecution for failing to comply with the Act.

Q. Apart from music, what other interests do you have?
A. I like to travel abroad. Longer haul destinations, I’ve visited Australia and New Zealand, I’ve also visited New York, Washington, Virginia and Florida. The next destinations on my bucket list are Route 66 including Yosemite Park and Canada.