Next up in our ‘5 minutes with…’ series is another of our Directors, Thomas McDonagh 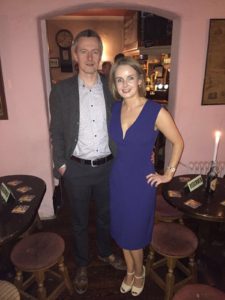 Thomas McDonagh is Compliance Director at Dundalk-based UHY Farrelly Dawe White. He is a Fellow of the Institute of Certified Public Accountants and manages a large portfolio of SME clients across many industries. Thomas is also responsible for ensuring adherence to best practice across all non-audit engagements in the practice, with a particular focus on new developments in financial reporting standards. Recently married, Thomas lives just outside Dundalk with his wife, Siobhan.

Tell us about your career path to date.

I attended De La Salle secondary school in Dundalk where I had a keen interest in physics, economics, accounting, and applied maths. Initially, I considered civil engineering as a career but by the end of 6th year I decided to focus on accountancy.
I completed a BA in Accounting & Finance at Dundalk Institute of Technology and joined UHY FDW as a trainee accountant in 2003. I qualified as a Certified Public Accountant in 2006. I then decided to go travelling where I visited Malaysia, Singapore, Fiji, New Zealand and Australia. I spent the bulk of my trip in Australia, backpacking for the first few months, before settling in Sydney for around nine months. As I was on a work-holiday visa, it allowed me to work in a number of different companies, my first being a temporary role in the finance department of Time magazine. I then moved to AMP where I worked as a tax accountant. Following this I worked in Macquarie Bank, who at the time were the largest investment bank in Australia. Macquarie Bank was a fantastic learning experience where I developed a skillset that has greatly benefited me in my career including my love for all things Excel.

In October 2007, I returned to Ireland and UHY FDW as an Audit Senior. Shortly after re-joining, I played a key role in implementing a number of new IT systems – accounts production, document management, and time management systems – and managing these transitions.
In 2011, I relocated to Dublin for a short time where I worked as an Audit Senior in one of the top ten practices. While there, an opening then came up to return to Dundalk and I joined Kirk & Associates as Audit Manager. I remained in this role for four years. I learned a lot as I was exposed to a number of different industries that I hadn’t previously encountered. The role also allowed me to develop my management skillset.

In June 2015, I returned to UHY FDW. It was exciting time to re-join the company as the accounting industry was on the cusp of a substantial change with the commencement of the Companies Act 2014 on June 1, 2015. This is one of the largest pieces of legislation ever passed in the country. We also had the impending transition to FRS102. I was heavily involved in a number of projects on the back of these changes.

Are you where you expected to be in your career?

Yes. When I began my career in accountancy, my aim was to become a financial controller in industry or director/ partner in practice. While taking on a variety of roles and challenges – in addition to the experience and opportunities provided to me – I have achieved my goal; and I’m happy to have achieved it in the practice where I started my career in 2003. Earlier this year I was awarded CPA fellowship and got my practising certificate with audit qualification.
I’m also a member of the CPA Financial Reporting Sub Committee. As a member of this committee I review and comment on proposed changes to accounting regulations.

The best advice I received was to be proactive and not to put things off. When I was a trainee accountant I was advised by Eamonn White, a former partner in UHY FDW, to sit four of my professional exams in one sitting rather than over two years. Don’t always look for the easy way out.

Based on your own experience, what are your top career tips?

Ask questions, be inquisitive. Don’t be afraid to ask for help if you need it. Keep up-to-date with regulatory changes in the industry. Read newspapers. It’s important to know what’s going on in the world outside accountancy.
I’d also advise people not to jump into things. Always do your research. Finally, don’t burn your bridges.

How would you define your work style, and how has this evolved over the years?

I always try to remain calm and level-headed. It’s also important to stay positive and provide solutions to problems as they arise. I try to avoid getting stressed, especially if issues are beyond my control. I feel I am quite methodical in my approach and technically sound. Over the years I’ve learned to plan effectively, prioritise, and learn from my mistakes. A lot of this comes with experience.

In terms of managing teams and individuals, what are your insights?

I aim to be open, approachable, and friendly. I try to encourage people to do their best. I feel it’s important to be available to every member of the team. You need to get to know them, their strengths, and their weaknesses, to ensure that you allocate the right work to the right people. It’s important to give feedback, especially with newer members of the team. People can’t grow and develop in their own careers if you don’t provide adequate feedback on their performance.

What about communication and negotiating the typical ups and downs of working life?

It’s hard to beat face-to-face communication or a telephone call. It’s nearly always easier to get something resolved face-to-face. Email is a great tool, but can be overused and sometimes misconstrued.

Has networking played an important part in your career?

Formal networking hasn’t played an important role in my career to date. However, I can see this changing into the future, especially in my current role. Informal networking, my social network, and work colleagues – past and present – have played a huge role in my career, development and the decisions I’ve made that led me to where I am today. As I said previously, don’t burn your bridges. 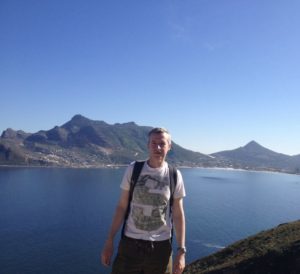 If you had to choose another career tomorrow, what would it be and why?

I enjoy a number of different activities outside work. I do Pilates every week; I find it great for clearing my head and relaxing. As my wife and I just finished building our new home – and recently moved into it – I’m spending an ever increasing amount of time gardening. However, if I was to change careers I’d like to do something academic in the field of economics. I enjoy reading a number of commentators such as Stephen Kinsella and David McWilliams and I attend Kilkenomics, an economics and comedy festival in Kilkenny every year. Alternatively, I would like to have worked as a tour guide, as I enjoy the outdoors and I like traveling. In 2009, my brother and I organised a road trip in the United States. The following year, I organised a month-long tour of Australia with my parents and brothers. I also recently went to South Africa on honeymoon.