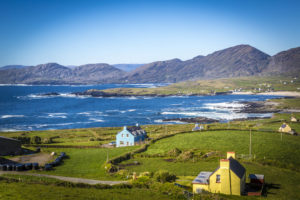 The Revenue Commissioners have won their appeal against a finding that an annual charge formerly levied on second homes and holiday homes is tax deductible against rental income from the properties.

Several cases raising a similar point were awaiting the outcome of the appeal.

The Court of Appeal on Thursday overturned a High Court finding that the non-principal private residence charge (NPPR) – introduced in 2009 to help local authorities fund services and replaced in 2013 by the local property tax – was deductible against rental income.

The proceedings arose after Thomas Collins, owner of six rental properties, applied to deduct the NPPR charges from rental income. In the tax year 2009, Mr Collins paid a total of €1,200 arising from a NPPR charge of €200 on each of the six properties.

When he sought to deduct the €1,200 against rental income received under the Taxes Consolidation Act, the Revenue said the charges were not deductible against income.

After Ms Justice Leonie Reynolds ruled last year the charge is deductible, the Revenue, represented by Jeananne McGovern, appealed to the Court of Appeal.

Giving the three judge court’s judgment Thursday, Mr Justice Gerard Hogan said the NPPR was in some respects a forerunner to the more general form of property tax which has since replaced it.

However, the point raised in this case was of some general importance as several other cases awaited the outcome of the appeal, he said.

Local authorities were given no power to vary or review the charge and the 2009 Act does not fall into the category of local taxation raised by a local authority for tax purposes, he ruled.

He rejected other arguments that the charge amounted to “double taxation”.

The issue of double taxation simply does not arise because the NPPR is a charge in relation to “property” while the 1997 Act provides for a tax on “income”, the judge said.

If you have any queries on this or any other tax matter contact our tax team: