Meet some of our team members

The UHY FDW team is made up of some exceptional people. Meet some of the inspiring young faces of our team.

Find out how their achievements outside of work and studies has shaped them into enthusiastic and driven team members. 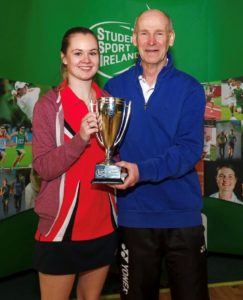 Aideen Whelan is brilliant with numbers and a top badminton player. Aideen won the finals of the 2015-16 Student Sport Ireland badminton leagues while studying Accounting & Finance at Dundalk Institute of Technology (DkIT). The 21-year-old from Blackrock started playing badminton when she was 12 years old and continued playing until her Leaving Certificate when she gave it up for a year to focus on her exams. She returned to the sport when she started college and went on to win the All-Ireland student badminton finals with her five DkIT teammates. According to Aideen, playing badminton competitively is “extremely enjoyable because you are part of a team”. She says you have to “work together in order to be the best player you can be”. Aideen is passionate about the sport and believes it has taught her to be driven, determined, and to work for what she wants. The sport has also led to her making some friends for life from all over the world. Aideen recommends the sport to anyone as it is “thoroughly enjoyable and something you can play at any age”. 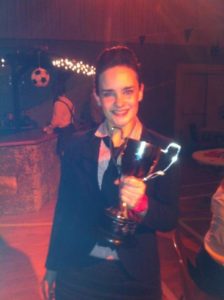 Melanie Colleran knows that hard work and dedication pay off. The 29-year-old from Emyvale, Co Monaghan passed her accounting and tax adviser exams on the first attempt; and won an All-Ireland Intermediate Championship football title with Emyvale Ladies GFC in 2008. 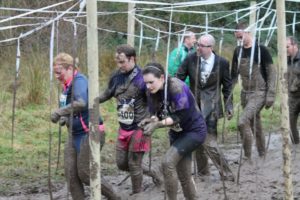 Melanie also helped to raise €4,500 for Cystic Fibrosis Ireland in 2014 by taking part in the tough physical endurance challenge Hell & Back in Kilruddery Estate, Bray. Melanie completed the 10-15km trail route with some of her family and friends, and had to cross rivers and lakes; climb hills and mountains; and crawl through bogs and swamps. Melanie says that participating in sporting events has taught her that “you win some, you lose some”. She also believes it’s important to “always keep fighting”. 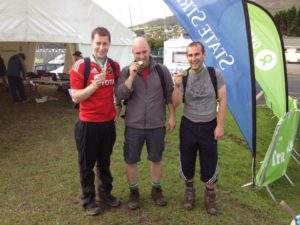 Lee McGardle helped to raise €2,500 for Oxfam by completing a 100km all-terrain cross country race. Lee, from Corduff, Co Monaghan participated in the well-known charity’s Trailtrekker event in 2012 with three of his friends. The race started at the foot of Slieve Donard, Co Down and ended in Carlingford, Co Louth. Lee and his friends completed the gruelling challenge in 23.5 hours and finished 12th out of 50 teams. According to Lee, it was “extremely challenging”, both physically and mentally. Ultimately, he found it very rewarding, and appreciated when the team encouraged each other to keep going during difficult moments. Lee says the most valuable lessons he learned from the Trailtrekker event are “Never underestimate the power of teamwork” and “Dig deep whenever you’re in a tough situation”. 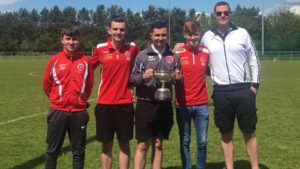 Ronan Farrelly spends his spare time coaching Rock Celtic U14s, a football team based in Blackrock, Co Louth. The 22-year-old from Blackrock started coaching the team last year with his UHY FDW colleague Brendan Rogers and his younger brothers, Peter and Daragh. He previously played football for Rock Celtic but didn’t have a lot of management experience so it was a “daunting task”. According to Ronan, the team had a decent run until after Christmas when performance dropped and ideas became exhausted. He turned to Shane Donohue to boost morale in the squad and for help with team-building. Their new tactics worked; performance improved from March onwards and the team went on to win the cup. Ronan believes it’s important to set goals and work towards achieving them and that a lot of the lessons he’s learned in football can be applied to business.

Want to find out more about UHY FDW Careers?