When the going gets tough, corporate governance systems must stand firm, but often do not. Improving them is a priority across the world.

When German financial payments provider and DAX stock exchange member Wirecard AG collapsed a year ago, it admitted that EUR 1.9bn (USD 2.24bn) of the cash on its books did not actually exist. More recently in May this year, UK investment capital company Sapien Investment was fined GBP 178k (USD 245k) for failing to have in place the adequate systems and controls to identify and mitigate risk from fraudulent trading and money laundering. Other high profile failures of financial and corporate governance are widely documented.

For its part, the International Auditing and Assurance Standards Board (IAASB) which is responsible for setting high-quality international standards for auditing, assurance, and quality, is introducing a revised quality management process for auditors and corporate finance chiefs which will take effect from December 2022. The new standards will provide greater public scrutiny of corporate finances and will strengthen public conﬁdence in the global accounting professionals whose role is to apply the right checks and balances.

But despite global standards such as these, there is no common model for best practice corporate governance per se. Countries and regions around the world have different levels of regulatory and business maturity, different cultural and business behaviours that impact on rules, leadership and decision-making. The good news is, there is plenty of commitment to improve.

According to James Mathew, managing partner, UHY James Chartered Accountants, Dubai, UAE, “In the Middle East it is very common for countries to have family-owned businesses so the corporate governance structures are often driven more by family ties and values, cultural traditions and historical practices set in place by the founders. While such structures have the key elements of good governance, they may not necessarily be formal.”

Factors such as trust in the spoken word instead of written agreements, board members selected from within a family, and hierarchical succession can all be difficult. “While a code of conduct is practiced, it may not necessarily be in writing. When commercial factors play a part in decision-making, the interest of the family is often an overriding factor, says James. “In the case of more influential family businesses, decisions are also influenced by key national initiatives announced by the rulers of the country.”

However, efforts are being made to improve things. Like many countries in the Middle East where the major population comprises expatriates, the transient workforce and a multicultural working environment are additional common challenges for employers and employees. Of his own country, James remains positive: “the UAE has always taken the lead in implementing initiatives to support the setting-up and running of businesses.” 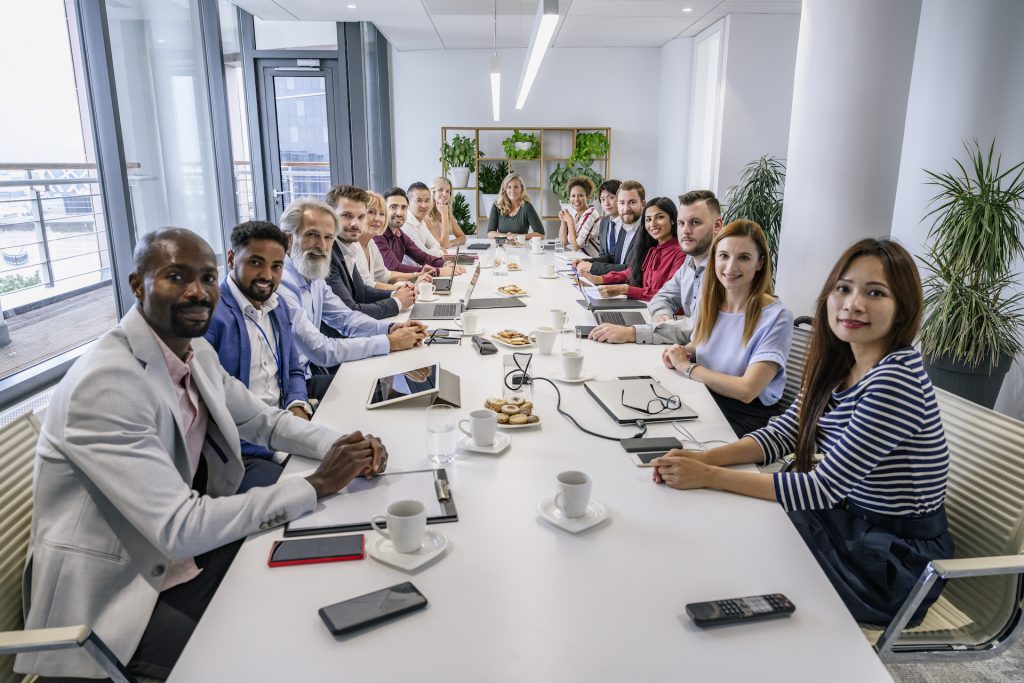 Effective corporate governance should also be a bastion against corrupt business practice. In the South East Asian region there is a growing focus on anti-corruption with government pledges to fight malpractice. For example, China’s revised Anti-Unfair Competition Regulations means there is now a legal requirement for companies to have a compliance programme and this has implications for corporate governance practice, due diligence, accurate financial reporting and the appointment of compliance team members.

In June 2021, Japanese electronic giant Toshiba’s shareholders voted to remove their chairman Osamu Nagayama after just a year in office, following an independent investigation into the company in a real test of Japanese corporate governance. The investigation found that Toshiba executives had colluded with Japan’s trade ministry to put pressure on international investors. The company is no stranger to corporate governance failures, having hit the headlines with 2015’s USD 1.2bn overstated accounting profits scandal, and has faced increasing demands ever since to enhance governance. The removal of Nagayama is therefore seen as something of a landmark.

In the Republic of Korea, the Financial Services Commission (FSC) is promoting newly introduced legal measures to improve supervision of non-holding financial groups, a category previously overlooked by the country’s regulators despite such groups having an increasing capital management profile. The new rules will require self-inspection and assessment and transparent reporting to the FSC on group-wide risks. The authorities hope this will encourage better management practices as well as improve market confidence.

Things are shifting in Africa too. The Kenyan government has implemented harsher corruption and bribery laws and there is a renewed focus on corporate governance issues in Nigeria where companies have been required to follow the Nigerian Code of Corporate Governance since January 2020.

The Code’s recommendations include the composition of a board committee as a minimum of three members, the chairman of the board not being a member of any board committee, private companies having audit committees comprising only non-executive directors, and external audits. There is also a requirement for an externally facilitated Corporate Governance Evaluation.

Everywhere has, of course, been touched by the coronavirus pandemic and this will inevitably have an impact on corporate governance. According to Martin Jones, partner, UHY Hacker Young, UK, “It has made companies stand back and reassess their operations, supply chains and relationships with other stakeholders.”

It has also led to greater resilience. “Most companies in the UK were able to adapt fairly quickly with technology in place to enable remote working procedures,” says Martin. “In terms of Annual General Meetings (AGMs), companies adopted a mix of ‘closed-door’, hybrid and virtual meetings depending on their circumstances.” Martin believes this is likely to change the traditional AGM format in the longer term. There are strong efforts being made across the world to improve governance and better protect from business failures. Progress can be slow, but it is generally positive.

The global focus on climate, diversity and sustainability has pushed Environmental, Social and Governance (ESG) reporting to the fore, an additional encouragement for corporates to disclose non-financial performance alongside the numbers. With developed and developing economies working their way (albeit at different speeds) to carbon neutrality, as a response to government initiatives, global treaties and stakeholder pressure – not least the investment community – ESG should help boards everywhere to take a more holistic view of their business, which will in turn encourage more resilient organisational models.

So it seems probable that we can look forward to better governance in the years ahead, despite the lack of a ‘one size fits all’ approach. Top-down enforcement improvements through tightening of regulations, financial and auditing standards, plus bottom-up pressures for greener accountability and transparency, are set to make a real difference.