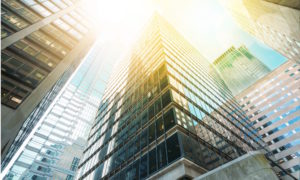 Are the M&A highs of 2015 more in reach, despite ubiquitous global uncertainty?

While 2015 was a massive year globally for big-ticket initial public offering (IPO) and merger and acquisition (M&A) activity, 2016 started much more slowly, with political and economic uncertainties around the world dampening previous enthusiasm for deal-making. Data for 2016 suggests there was an 18% M&A fall year-on-year to USD 3.8 trillion. But things are picking up.

The second half of 2016 proved more buoyant: global change to private equity buyouts recorded a five-year high, global M&A set a new monthly record in October at USD 600 billion; and cross-border M&A in 2016 has held up well. According to analysts at Dealogic, and Mergermarket Group, this upswing is set to continue, and 2017 year to date volumes look promising, so we asked a few of UHY’s corporate finance (CF) specialists across the international network for their views, particularly regarding mid-market businesses.

US COMES UP TRUMPS

Where better to begin than in the US, where pre and post election uncertainties have unsettled world markets and leaders. Has the country’s new administration blunted the appetite for deal-making? Not according to Steven McCarty, managing director at UHY Advisors Corporate Finance, LLC, Detroit, Michigan.

“2017 has started well in the US with January deals up 7% year-on-year. But it is not a rush to put deals together quickly because of any perceived uncertainty around the Trump administration. In fact, many business owners and CEOs that we work with feel quite confident that the economic environment will remain positive, at least for the next year or so.”

This is a confidence borne of several circumstances including pro-growth corporate tax changes, less regulatory intervention that could ease completion of cross-border transactions, and the Trump administration’s tax reform and infrastructure spending policies. “These factors should give a healthy lift to the US economy and may allow the Federal Reserve to pick up its pace of policy normalisation,” says Steven. “Many investment banks agree – Deutsche Bank, for example, has raised its US GDP forecasts.”

WHAT ABOUT THE MIDDLE MARKET?

There is little doubt too that a number of megadeals contributed to a healthier 2016 than had been forecast, and also provided an 11-year-high January across the world. But beyond the headline numbers, has the global M&A volatility of the last 12 months made any difference to mid-market businesses? Views are mixed.

“Small and medium enterprise (SME) acquisitions tend to be mostly national, rather than international,” says Paul Mencke, M&A partner at UHY’s member firm in the Netherlands, Govers Accountants/Consultants. “In the Netherlands, with our continuing low interest rates and an experienced entrepreneur base, we see a steady level of mid-market M&A activity and have not been impacted by last year’s initial decline elsewhere. The tech sector is also looking good so we expect some positive movement here.”

In the US, a number of factors have combined for the benefit of middle market M&A growth, as Steven McCarty explains. “High levels of cash on balance sheets, relatively cheap debt and flexible financing options that have made their way to the middle market, all allow for more financially complex transactions, nationally and internationally,” he says. 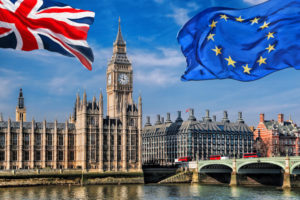 Few nations had as many ups and downs in 2016 than the UK. Uncertainty over its EU referendum vote prior to June – and afterwards – put a firm brake on domestic deal-making, according to Laurence Sacker, UHY Board director and managing partner, UHY Hacker Young, London and Nottingham, UK.

“Our middle market seemed to want to wait for the outcome of the vote before deciding whether to engage advisors and push ‘go’ on a business sale,” he says. “Following the result, a number of deals that were in-process ground to a halt, as buyers waited for the dust to settle and the new dawn to begin. I’m not sure the deal flow has fully recovered yet, though many of our clients’ deals that had stalled are now back on track.”

A consequence of the UK vote was an unprecedented fall in the value of sterling, making British companies an attractive target for foreign investors. Indeed, two deals alone (the sale of SABMiller and ARM Holdings) added over USD 130 billion to the UK’s investment inflow. However, Laurence advocates caution. “Future access to the single market is the key uncertainty. In the UK, the service sector is being hit hard – and that accounts for around 40% of our economy. With a weakened currency and low interest rates there are clearly opportunities to invest in the UK but caution is also needed until EU market access is determined.”

It remains to be seen how the Brexit negotiations, coupled with the outcome of the snap election in June 2017, will influence future deals in the UK.

Despite these important considerations, a deal is a deal, and indeed it is cross-border M&A that has proved most resilient in 2016, falling only 3% versus 2015 against a total market drop of 18%. Average deal size has increased too, albeit modestly, against an all-deals fall of 12%, and much of this success can be attributed to China’s continuing outreach.

“We are seeing huge interest from China looking to acquire assets and footholds in the EU and the UK,” says Laurence. “Here, the interest is in business and commercial and residential property, and it ranges across all sectors and sizes of investment.” The transition of China
from a state investment-led economy to a consumer-driven one, coupled with the country’s need to reach out and secure natural resources from elsewhere, has created a flurry of activity both across the EMEA region and closer to home.

Mark Nicholaeff, UHY Board director and partner at UHY Haines Norton (Sydney), Australia, is busier now than ever. His firm is licensed to take businesses on to the ASX (Australian Securities Exchange). “We have seen a significant upturn in deals, including several Chinese (and Indian) investors,” says Mark. “Software, agriculture, mining and engineering sectors are providing the impetus. Mineral company listings in particular are attractive as transport costs within Asia-Pacific compare favourably to Brazilian or African alternatives.”

Many commentators expect a lot more IPOs (initial public offerings) in 2017 as global political and economic clarity begins to return. As Mark indicates, Chinese investment and listings on the ASX are rising, and similar activity is evident elsewhere, not least in Africa. In Uganda, a second, more advanced securities exchange has launched – the ALTX Exchange – which is faster and more efficient than the original Uganda Stock Exchange and can handle large daily volumes.

Sam Thakkar, managing partner, UHY Thakkar & Associates, Certified Public Accountants, in Kampala, is excited at the investment opportunities this will bring to the Ugandan middle market. “We now have a real platform for SMEs to go public, which in turn will reassure foreign investors of the compliance of those listed companies,” says Sam. “In turn, that will reduce or eliminate the heavy cost of borrowing and accelerate growth.”

Compliance with the regulations demanded of a listed firm in Uganda is critical for future joint ventures or inbound M&A, but that is not all. Sam is working with both the ALTX Exchange and Ugandan businesses to get them investment-ready and to list in 2017. He cites the oil and gas sector as a priority. “The involvement of private corporations such as Tullow Oil, Total E&P and CNOOC (a Chinese oil company) has meant serious revision of standards and training to meet their international requirements.”

In the UK, Laurence Sacker and the CF team at UHY Hacker Young also understand that it is not only in developing economies where standards may need to be raised. “We have a few AIM (alternative investment market) IPOs on the way now, or discussing terms,” says Laurence. “The London Stock Exchange is always rigorous in its appraisal – and often sanction – of AIM firms and their nominated advisers (Nomads), where rules are breached. Lately there have been weaknesses in due diligence and life is certainly tougher for Nomads. It’s hard to say whether heightened risk has been a cause; but as a result, Nomads are now more cautious.”

Working with middle market clients ahead of planned listing is also on the UHY Hacker Young agenda. “We might work with clients for a year or more of preparation and grooming. Developing business plans, advising on board appointments, producing robust financial data and – if it is required – helping them to raise funds. After the event, we can advise on communication strategy and the preparation of publishable data.” 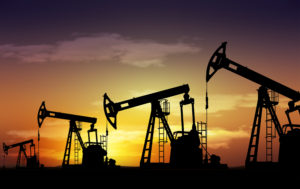 In Uganda, Sam Thakkar is also talking to venture capitalists and private equity companies in the US, the UK and other countries who are keen to tap into African markets. “We aim to see how we can ‘marry’ them to healthy local companies; we are expecting further exploration works to be conducted this year by the IOCs (international oil companies) and tenders will be put out soon to identify which businesses here can meet their requirements.”

Sam’s approach is shared by Paul Mencke in the Netherlands, where working closely with PE houses is essential to eventual M&A success. According to Paul, “It is most important that we know the buying company and their expectations towards the target company. We want to understand the track-record of the buyer, and of course we insist on a thorough briefing. In this way we can deliver a bespoke approach.”

With a majority of global big-ticket PE deals handled by the Big Four accountants, Paul’s approach for the middle market is different. “It is operations-driven from our side, not the general, legal-driven approach of the Big Four.”

Laurence Sacker in the UK, agrees. “It is true that private equity investors generally stay with the established top firms, but it is possible to break into that circle if you are able to introduce investment opportunities to them,” he says. He believes that good opportunities open doors, even if they are not completed deals. “Our sweet spot at UHY Hacker Young tends to be deals up to GBP 50 million (USD 66 million) and at that level we offer the same quality of work for lower fees than a Big Four firm would. So certainly the middle market and SME trades would benefit.”

With cross-border deals set to continue their solid global performance through 2017, it is no surprise that UHY member firms are anticipating an increase in opportunities. The network has firms in nearly 100 countries, and has an important role to play in ensuring that middle
market business can take full advantage of potential foreign investment when their time comes to sell. Mark Nicholaeff from UHY Haines Norton explains.

“One of the most important features of a network like UHY is the ability to introduce corporate finance opportunities in one territory to advisors in many other territories. In our case too, a worldwide intranet makes secure sharing of confidential information between UHY member firms quick and simple.

“On many occasions, vendors expect that by including international buyers they have the potential to add significant value to the ultimate deal – and there are industries and sectors where this often applies; for example, technology, oil and gas, or manufacturing. But it’s not always the case, because as the deal size gets smaller, the likelihood of an international player investing becomes smaller too.”

The last word goes to Steven McCarty in the US. “What Mark says is true. The added layer of complexity that comes with a cross-border transaction means there is a critical deal size below which the cost:benefit ratio might no longer make sense. But for clients with a sustainable deal size, wherever they are around the world, the value of having support, opportunity and expertise from a global network like ours is significant and substantial. We will certainly play our part in helping the positive predictions for 2017 to come true.” 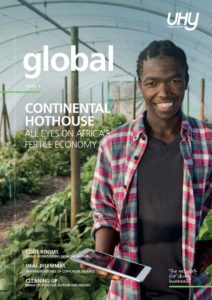