The UK and Irish car markets hand in hand 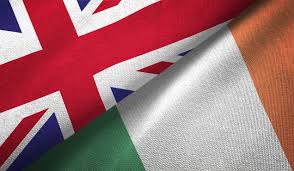 With the ever increasing prices of cars and affordability of motor vehicles at the start of the decade many Irish customers began to look abroad and to the prospect of bringing cars in from the UK, the price and spec of the cars being the main attraction point since the years have gone on this has become more difficult for the consumer in this piece we will go on to discuss these matters.

To combat this the Irish government have brought in a NOx levy. This has a big impact on the cost of importing older used cars into the country, this was done to try to boost new car sales in Ireland as well as making imports less attractive. Over half of the cars imported into Ireland in 2019 where more than four years old so it seems that this levy could have a great impact of the renewal of the Irish car market in the future.

However as it currently stands 111,245 new cars have been registered since 2020, which would represent a decline of 5% on the 2019 outturn. Which shows that the market still has some way to go to find more on this take a look at our white paper.